The second show that Your Favorite Enemies did in Japan was in Tokyo, at the Studio Coast in Shinkiba… An incredible venue, a pretty large one, that was completely filled with people who were on fire!!!!

You can see the band backstage before entering the show. They were greeted in the room by gifts and flowers, from fans who couldn’t attend the show on that night… Get to see the band go on stage, see them live, see what kind of relationship they have with the fans, feel the energy… and enjoy!!!!!!!

And yes, this show was also followed by a meet & greet that lasted a few hours. We missed the last train to go back to the hotel (the very same one as the first night, the one with rooms as large as wardrobes!), but it was totally worth it… Actually, if I remember well, we were kicked out of the parking lot of the venue, and needed to move to a park nearby afterwards… lol!

Your Favorite Enemies has changed. The band members did. The music did. We all change. But one thing remains the same… The honesty and the power of music… You just can’t deny this!!!!! 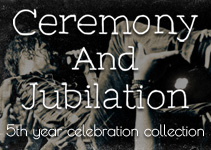