“Following the passing of a friend who recently lost a long battle against sorrows, along with your overwhelming demand for me to offer hand-crafted masks (which I wasn’t comfortable doing at first as I didn’t want to brand this terrible crisis nor did I want to make it a fashion statement), I decided to create the “ALIVE.” collection.

All the profits will go to “Suicide Action”, a Montreal organism, in order not only to honor my friend’s memory, but also to remind us all of the high importance to keep on believing in the ability for love and compassion to make a tremendous difference in our lives and that of others. It doesn’t take much light to conquer darkness…

If you need to talk, if you feel depressed, lost, or if you are fighting with desperation and hopelessness, please don’t hesitate to reach out, may it be to a friend or a stranger. There’s no need to walk alone in the darkness, whatever the reasons we may have to do so… Trust me… I know!” 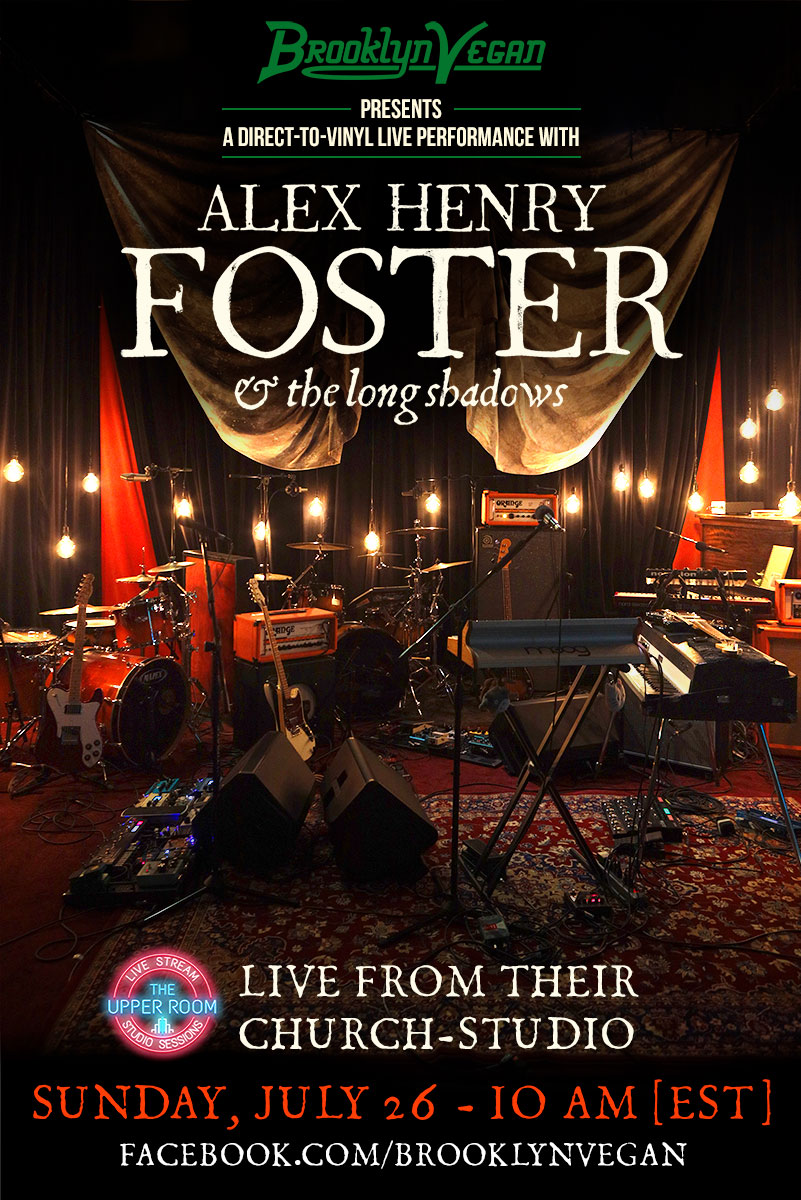 Live from the Upper Room Studio where we are confined together, we want to invite you to a live stream with Alex Henry Foster & The Long Shadows as we perform the songs Snowflakes in July, The Love That Moves, as well as a brand new song. Presented by BrooklynVegan, the broadcast will start at 10am (ET) on July 26. 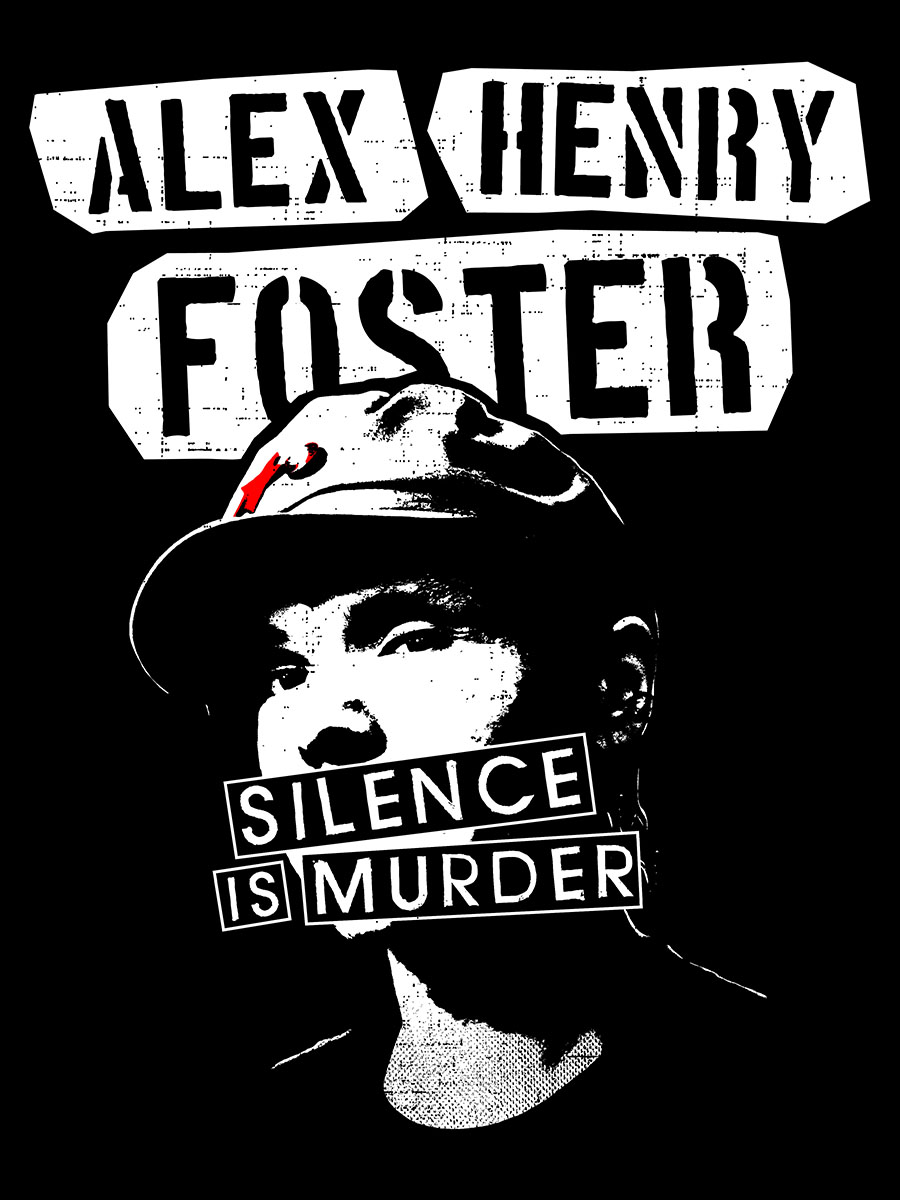 In the light of the recent events and everything that is happening in the world, Alex Henry Foster has decided to release a new t-shirt. Titled “Silence Is Murder”, all the profits from the sales of the t-shirt until July 17 will go to Amnesty International.

Get Your T-Shirt Now

Here’s a text from Alex about the meaning behind the t-shirt:

I hope you are doing good, that your loved ones are safe and ok.

The last few weeks have been emotional for us all, from the 84-year-old father of one of our friends and team member who contracted COVID-19 and ultimately won his battle after a terrible time fighting for his life, to the sickening images of George Floyd’s execution and the anger we were consumed with afterward, and all the way to our band rehearsals and the live stream moment we had the privilege to commune with you through our reinterpretation of the song Lavender Sky for our direct-to-vinyl project.

Regardless of how emotionally exhausted we were, that communal moment helped us turn any negative energy we were struggling with in an uplifting determination to keep on working towards the overcoming resolution of hatred and hopelessness we have all been facing, whoever we are and wherever we are from, for way too long…

The wounds are deep, and I know that the only idea of being able to collectively oversee a possible future healing and a restorative process might currently seem like a utopian vision at best, but without this active faith in the upcoming establishment of a world made of equality for all, only violence will remain… And if there’s a thing we can learn from the past, it’s that violence has never healed anyone nor built anything for anybody. So I’d rather hold onto my transformative utopia at this point than feed an already implacable reality with any piece of my own faithlessness and discouragement.

Therefore, in order to turn my disgust and indignation into a tangible and positive action, I decided to craft the t-shirt “Silence Is Murder” by offering all the t-shirt profits to Amnesty International, an organization I’ve been actively engaged with for more than a decade now. This is my way to support their education and awareness initiatives in schools and communities regarding the fundamental necessity for equality and human rights for all without exception.

It’s more than ever essential to take a moment to reflect, to stand, to speak out and build as one, so that one day, children won’t have to fight for their rights, but will be able to dream about what they’ll create for others with them. 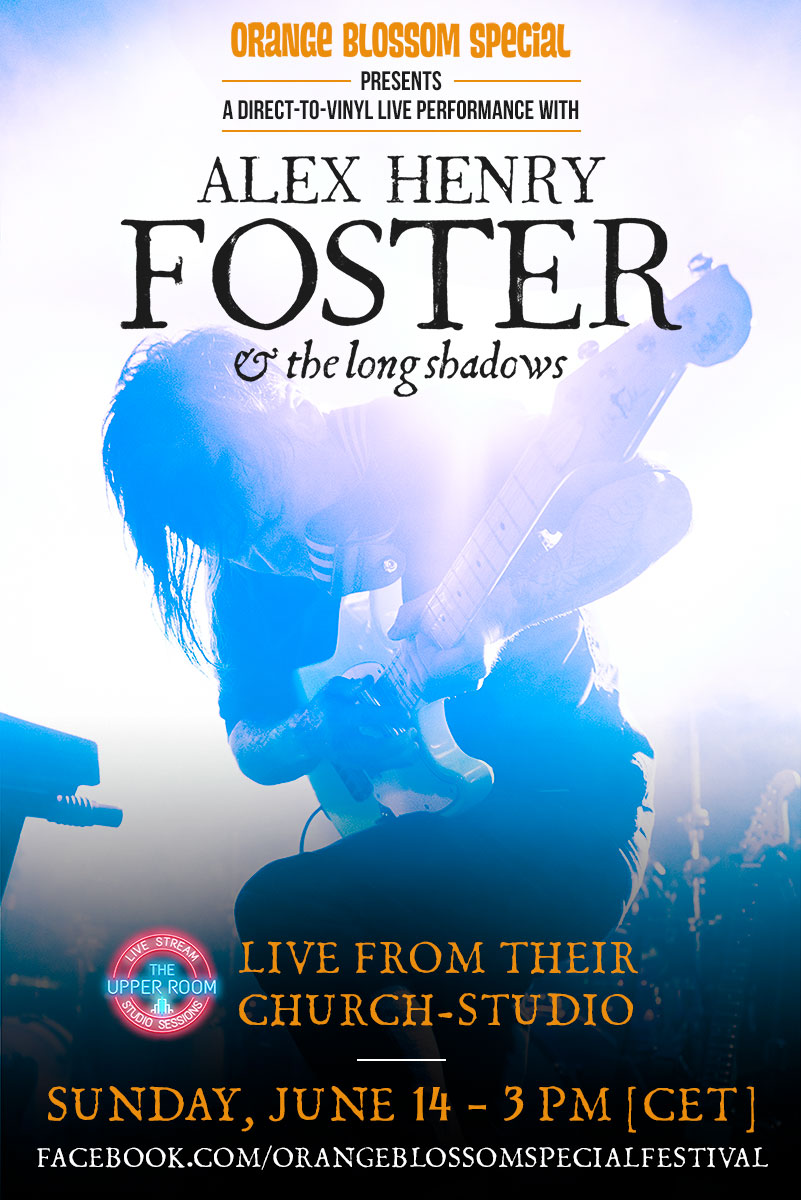 Live from the Upper Room Studio where we are confined together, we want to invite you to a live stream as we perform the song Lavender Sky, Alex Henry Foster’s next available single. Presented by Orange Blossom Festival, the broadcast will start at 9am (ET) on June 14.

Also, for the very first time, we will do a direct-to-vinyl with this performance! Every time Alex Henry Foster release a single, it has become a tradition for him to also release a limited-edition silkscreen-printed LP… and this time will be no exception. 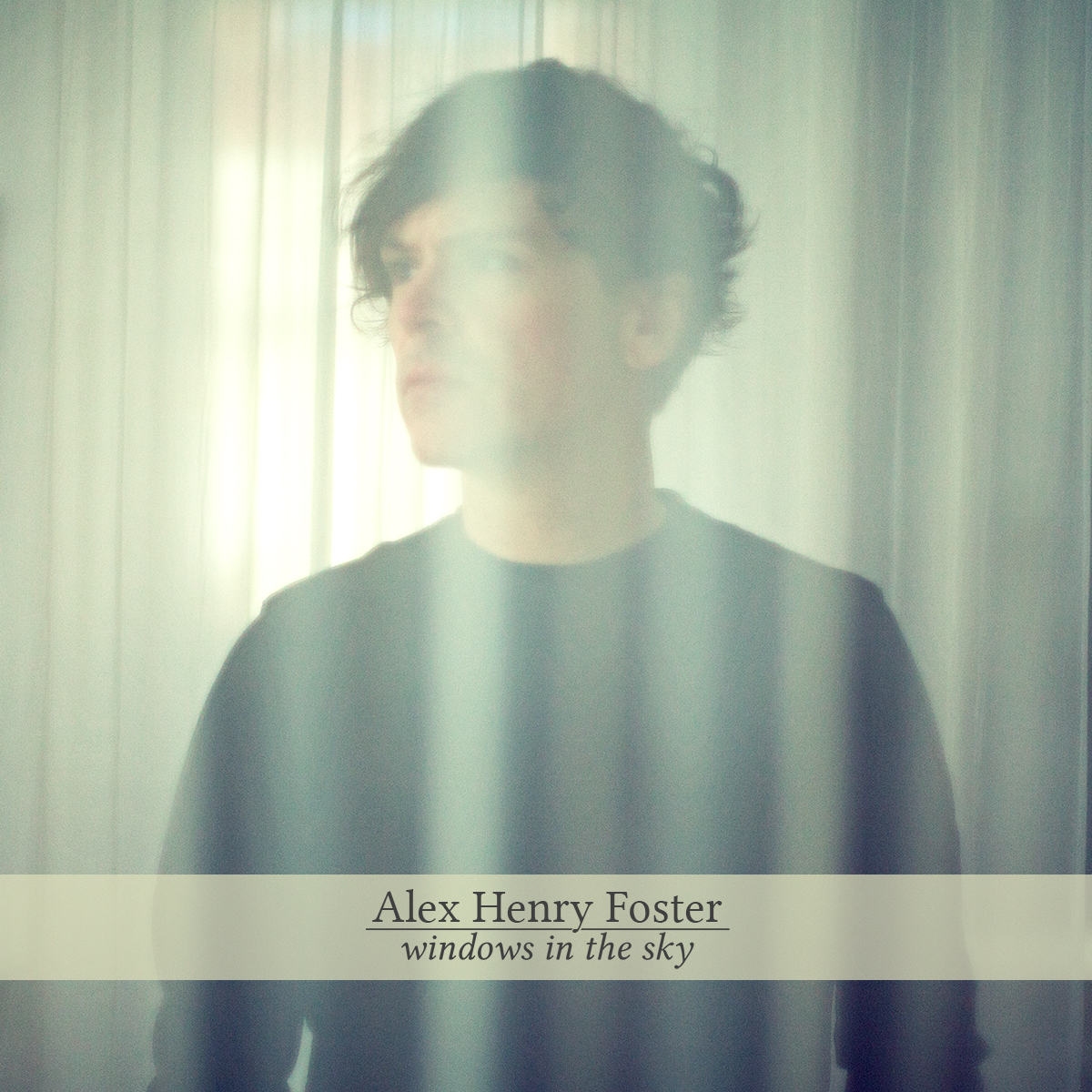 Alex Henry Foster & The Long Shadows, congrats on your worldwide album release! So infinitely blessed that you have taken the chance to share this album with us all… Thank you! If you haven’t yet, listen to “Windows in the Sky” now, available on all streaming services, or through our online store for LPs, CDs & mp3!

Stream / Own the Album 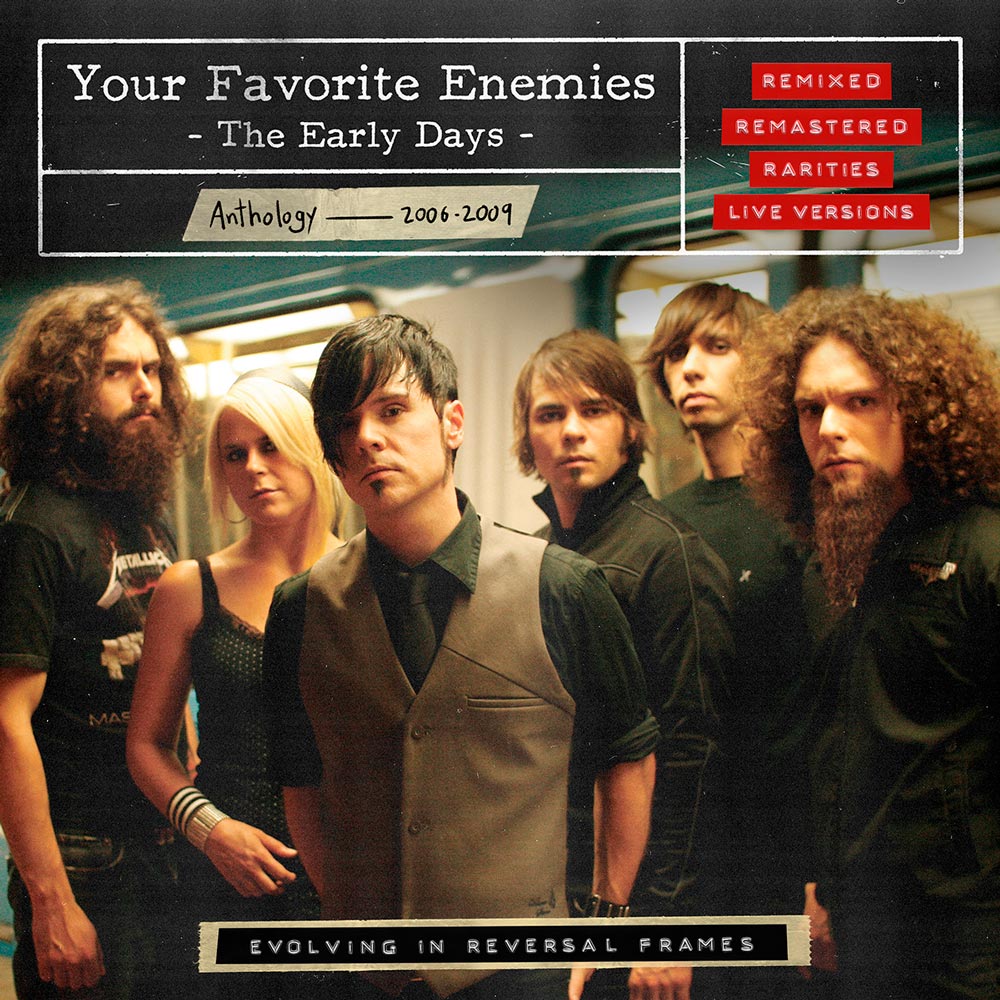 Here they are, for the pleasure of your ears! 47 songs spanning the very beginnings of the band and their evolution through some of our most recent live performances… We feel really blessed to be able to share this with you all, and hope those songs will bring you as much as they’ve given us!

If you have pre-ordered your album with a boxset, please see your email for a download link sent by the YFE Store. 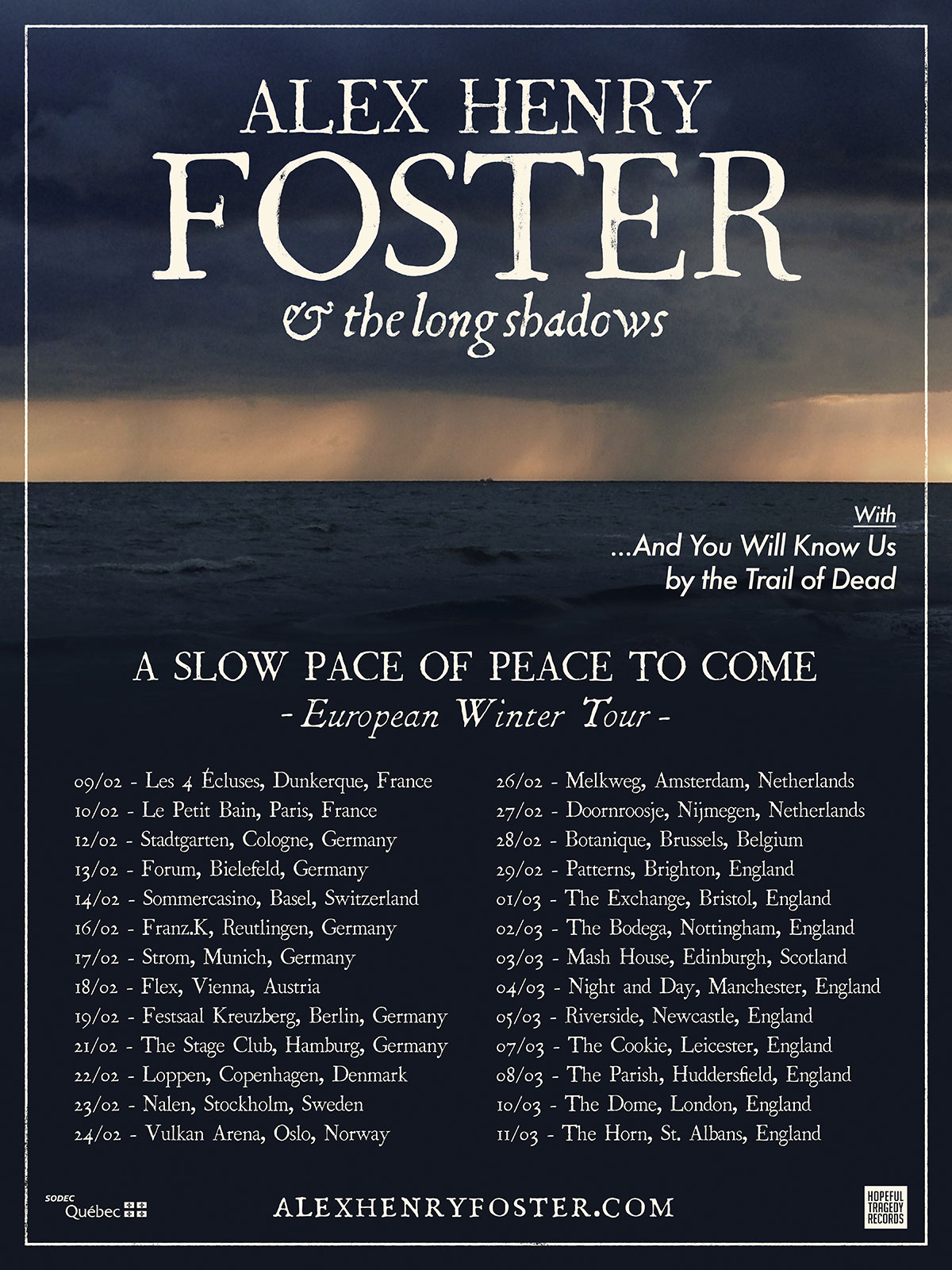 We hope that the new year, the new decade, has started off well for you and your loved ones.

We are very excited to let you know that we will all be accompanying Alex Henry Foster on tour in Europe this coming February and March for his tour “A Slow Pace of Peace to Come”!

We just can’t wait to see you on stage! Get your tickets fast, as there are only a few left!

Your Favorite Enemies – The Early Days “Evolving in Reversal Frames”.

Pre-order the 47-song project, spanning the beginnings of the band in 4 albums on 6 LPs, and enjoy 4 songs right away!