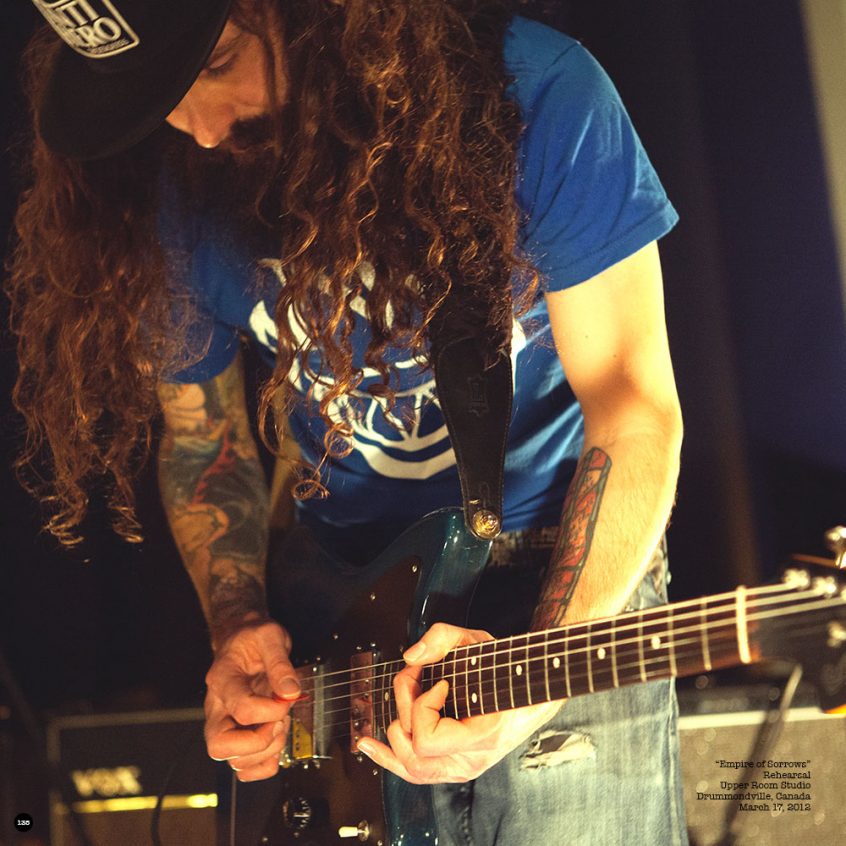 Sef: “Alex told me to stop thinking, that the song was about being set free from any kind of structure”

Excerpt from the exclusive song-by-song interview with Sef, Alex and Ben in the storybook “A Story About Between Illness and Migration”, page 79, about the song “Underneath a Blooming Skylight”.

A little more about this interview that is exclusive to Your Favorite Enemies’ first book:

“I kept asking Alex how he saw the music for that storyline, but he just kept telling me that the music was within the story itself, that we just needed to unfold it. He told me: “Stop thinking. The song ain’t about the form, it’s not about the structure. It’s about being set free from any kind of form and structure.” At one point, I saw Alex leave his microphone and walk towards Moose, who, just like us, was totally puzzled by that concept and who was trying to figure out some groove on drums, and Alex started dancing in front of him saying: “Let go, Moose. Just let go to the vibe.” I was stunned by the amazing nature of the moment, and I was praying that Alex wouldn’t ask us all to dance! But Alex simply kept going and I suddenly realized how stuck inside I was, how paralyzed I was by my own forms and structures. It was a weird but beautiful moment at the same time.”